In late 2020 the Kauri Rescue Trust was incorporated. Meet our Trustees: 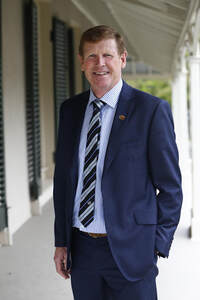 ​Mike has enjoyed a wide ranging career in sports management and governance and is currently the CEO of AUT Millennium and President of the NZ Olympic Committee.
Mike and his wife Jane have treated hundreds of kauri on their Silverdale property as part of the Kauri Rescue programme and support ongoing research into the effects of kauri dieback disease. 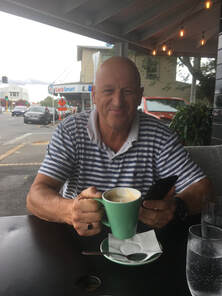 Grant is a self-employed restoration ecologist who has practised professionally since 1988.  After growing up in New Plymouth, Grant moved to Wellington to study at Victoria University where he completed his BSc before graduating with a first class Honours degree in 1982.  He then travelled overseas before returning to New Zealand to take up a doctoral scholarship at the University of Auckland where he completed his PhD in ecology in 1988.
Grant’s early career focused on the restoration of freshwater wetlands and the captive management of rare and endangered waterfowl species.  He travelled extensively to the USA, Canada, Australia and England to work with international partner organisations and see international wetland conservation first hand.  This included establishing an international wetland education collaboration and founding charitable community organisations for both wetlands and threatened species captive management.
Since becoming self-employed in 1998, Grant’s scope of work has broadened to include native forest restoration and invasive species management.  He has now worked on over 100 separate client projects, including project managing an MPI kauri dieback project to test signage at cleaning stations.  Some of these have extended for longer than 10 years, and have taken him from the Far North to Stewart Island and the Chatham Islands.
Grant approaches projects with a research focused methodology that relies on rigorous science so that outcomes are robust and defensible.  Having run his own consultancy for over 20 years he has also developed commercial disciplines that have successfully carried the business through good times and bad.
Grant has now joined the Kauri Rescue Trust Board as a Trustee and has been appointed as Secretary / Treasurer.  His current focus is on helping to establish policies and procedures to ensure the successes of Kauri Rescue’s establishment phase will be the foundation of continuing success in the organisation’s drive to ensure kauri remain the iconic tree of Aotearoa’s northern forests. 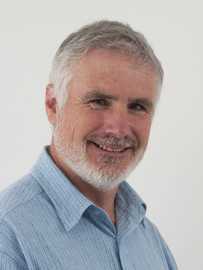 Ian grew up in Massey in West Auckland, then went to the University of Auckland where, for his MSc, he investigated the role of Phytophthora in seedling establishment of kauri and kahikatea. Since 1984 Ian worked for DSIR and its successor organisations, HortResearch and Plant & Food Research, with a 4-year stint at Cornell University for his PhD studies. His research has mainly focused on soilborne diseases, mostly of tree and fruit crops such as apples, kiwifruit and strawberries, and for the past 34 years he has always had at least one project on Phytophthora. Since the early 2000’s Ian returned to his roots in native forest pathology, with a focus since 2006 on kauri dieback. Research in this area has included helping to develop techniques for detecting Phytophthora agathidicida in soil, subsequent determination of distribution of the pathogen, and the potential of phosphite treatment for healing diseased kauri or protecting trees from infection.

Outside work, Ian is married to Mary, with three adult daughters. They have a lifestyle block on the banks of the Tukituki River in Hawkes Bay, and his life’s mission is to get it planted up in native bush. He has always been passionate about native flora and fauna, and relishes the opportunity to work with the community to protect New Zealand's unique and threatened forests for future generations 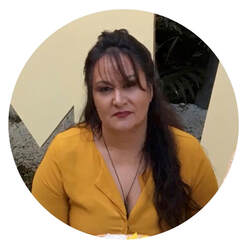 Waitangi lives in Northland where she runs her own communications consultancy and is the tangata whenua representative on the Kauri Rescue Trust.

The TAG advises the Kauri Rescue Trust Board on technical matters and is Chaired by Dr Ian Horner. Waitangi Wood is Deputy Chair. The other TAG members include: 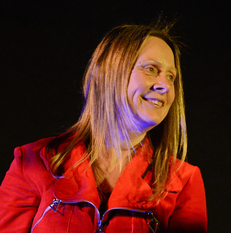 ​An environmental scientist turned coordinator, campaigner, organiser, networker and environmental advocate, Mels runs her own communications consultancy Subliminal Ltd and works with many community organisations and not-for-profits including The Tree Council, Revive Our Gulf, Living Wage Aotearoa New Zealand and is Chair of the Titirangi Residents & Ratepayers Association and the Waitakere Ranges Combined R&R Group. She is a former Trustee of Ecomatters Environment Trust and the Weedfree Trust and was Secretary of Friends of Regional Parks and the Waitakere Ranges Protection Society for many years. She was the National and Auckland Coordinator of NZAEE Seaweek from 2011-2019.

Mels has a degree in Geology and Physical Geography and PhD in estuarine sediment transport processes. She worked for Environment Agency Wales for 9 years, culminating as the Water Quality Consents Manager for Wales. She worked for Te Atatu Labour MP Phil Twyford as his Issues Assistant for 5 years.  Mels has lived in Titirangi, west Auckland since emigrating from Wales in 1999 & in her spare time she enjoys hanging out with her horses, walking her dogs and enjoying the incredible landscapes and natural environment we are surrounded by in Aotearoa. 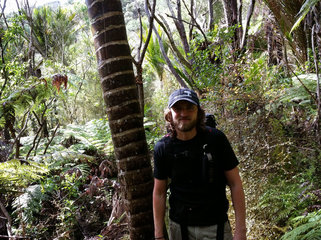 After graduating from the University of Exeter, England, Lee worked in a Haematology Laboratory of a Hospital before deciding to travel. After a few years he found himself in New Zealand and immediately fell in love with the environment and people. After volunteering on a number of conservation projects he began work on the first large scale survey of kauri dieback within the Waitakere Ranges Regional Park. Lee has worked on kauri dieback for the past 10 years over which time he has been part of a team tasked with developing and implementing a management strategy on a regional and national scale. The work has allowed him to be involved with all aspects of delivering such a programme from field investigations of symptomology, small and large scale surveillance projects though to working in multi-organisational and stakeholder groups making operational and policy changes aimed at preventing pathogen spread. A large portion of the work has also been in research on the disease, its impacts and investigating potential treatments. Lee was the Senior Advisor - Kauri Dieback at Auckland Council for several years and now works for BioSense.

Marie is a socio-environmental scientist with Aranovus Research who has research interests in the wider field of science / society interactions, particularly relating to environmental issues.  Within this her areas of interest include science communication, community-based participatory research, collaborative learning and science innovation.  To date her research has investigated how science / community partnerships can generate effective environmental outcomes while meeting the multiple objectives of all partners.  Marie's work takes her to a variety of interesting communities and places in New Zealand.  She has recently undertaken an intensive community-based project on Great Barrier Island, where she worked with the community to develop an ecological vision for the island. Marie also co-ordinates three undergraduate courses at the University of Auckland in science communication, science innovation and community engagement.  She received a sustained teaching excellence award from the University in 2014 and in 2015 received a National Tertiary Teaching Excellence award.

Marie is a mother of two grown children who are both at university.  She and her ecologist husband Grant have recently purchased 40 acres of native bush and exotic forestry in Tolaga Bay on the East Cape where they spend time away from the hustle and bustle of Auckland.    You can find out more about Marie on her personal webpage. 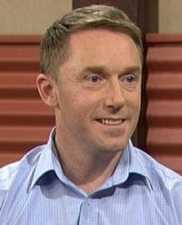 Nick has a background in bioprotection based research specialising in plant pathology, mycology, biocontrol and environmental microbiology. His PhD (University of Canterbury) investigated the role of plant pathogens in the decline of pastoral productivity and economic profitability of primary production. He was employed at Auckland Council for 10 years as Principal Biosecurity Advisor where he coordinated and implemented biosecurity research and innovation that underpins operational pest management programmes including the national Kauri Dieback programme (Kia Toitū He Kauri) and Treasure Islands (Protecting the Hauraki Gulf - Tīkapa Moana o Hauraki).   This included engagement with mana whenua, community and industry to improve public understanding of the increasing range of economic and environmental issues arising in biosecurity and pest management.

​Nick has a particular interest in research which incorporates mātauranga Māori to help improve management of biosecurity threats as well as mitigate future risks to primary production and native ecosystems. He currently works for Plant & Food Research.

Mark Bullians is the Business Manager - Biosecurity Bioprotection at Plant & Food Research and is advising Kauri Rescue on contracting.

Ngaire is a Kauri Rescue Participant and Ambassador who was so enthusiastic and involved in the project we asked her to join the project team. She has been involved with Kauri Rescue since the outset as one of the key members of our pilot group who tested our methodology and instructions for landowners.  Ngaire was living in Titirangi but has recently moved to the Waikato.

​You can join the Kauri Rescue team in a number of ways:

Become a Participant
If you know or suspect that you have Kauri Dieback on your residential or rural property in Auckland you can join this project and treat your own sick trees.  To find out more about this please fill in our form "I want to treat my kauri". If necessary one of our team members can provide a free assessment of your kauri tree(s) and soil to confirm kauri dieback, but the majority of our site testing is done through Auckland Council's Biosecurity team. It is important this testing is undertaken as only sites with confirmed kauri dieback can be included in the project.

Examples of some of the Kauri Rescue merchandise